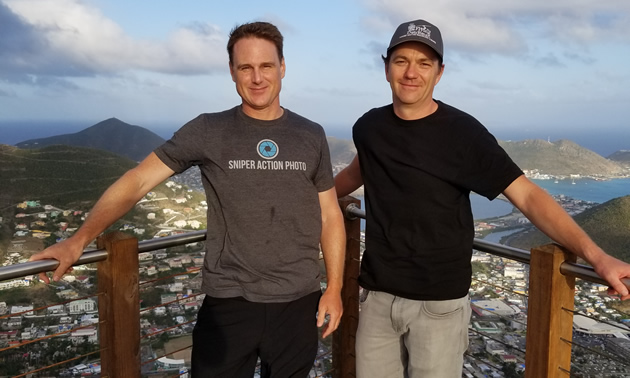 The success of Sniper Action Photo, a two-man Revelstoke company, is pretty much an entrepreneur’s dream come true.

The story starts with Dave Grimsdell. He was born and raised in Auckland, New Zealand, and moved to Whistler, B.C., for the snowboarding and mountain biking. After 10 years there, he moved to Revelstoke and realized he had no photos of himself in Whistler, doing the activities he loved—no record of the incredible fun he’d had.

“No one wants to be the guy standing beside the trail taking pictures,” Grimsdell said, “including me. We all want to be doing the activities.” 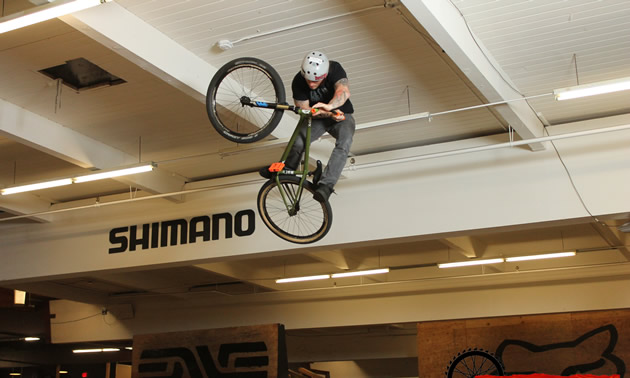 Grimsdell saw the need for an automated photo mechanism that would provide people with photos of themselves enjoying activities in adventure parks. He started looking for someone who could help him with the software that would be needed.

One day when Grimsdell was picking up his son from the home of a young friend, he met the friend’s dad, Ryan Johnson. He had heard that Johnson was tech-savvy, and he asked him three questions:

Johnson, who has a master’s degree in computer science and was at the time commuting to work in Edmonton, answered yes to all three questions.

The partners started Sniper Action Photo in 2011. Their first two clients were SkyTrek Adventure Park, located about 15 minutes outside of Revelstoke, and Oyama Zipline Adventure Park, near Kelowna. In March 2013 Sniper Action was written up in an article for RFID Journal, and that story is what generated pretty much all of Sniper Action’s business. 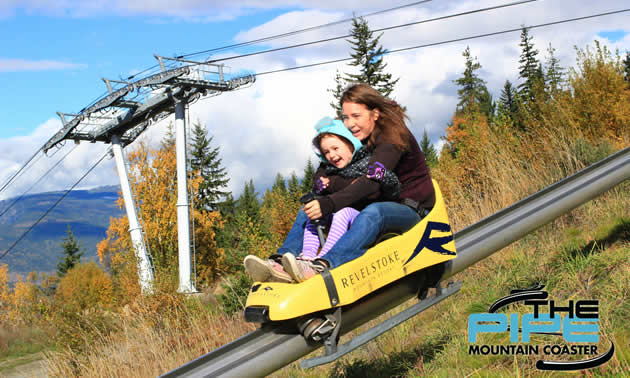 “We haven’t needed to do much reaching out at all, and we’re on the verge of going into Taiwan and New Zealand,” Grimsdell said. That’s in addition to doing installations at adventure parks all over North America and the Caribbean.

Within the adventure parks, Sniper Action’s cameras are often mounted high in the tree canopy, in positions that a photographer just can’t get to. The cameras take photos as zipline riders pass through those places wearing their RFID-enabled helmets or wristbands. 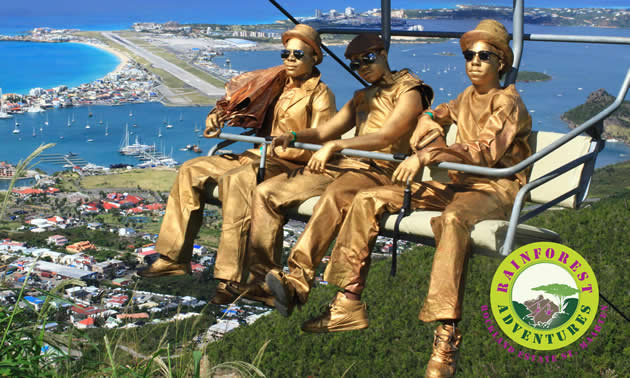 “We get mostly photos that people can’t get any other way,” said Grimsdell. “If there were an opportunity for people to easily take the same photo, then they wouldn’t need us to do it.”

The cameras each sit inside a large security camera housing with a relay and a computer, and the images captured are sent via radio data to Sniper Action’s photo server. The photos are then processed and made available at photo kiosks on site in the park. Guests simply scan their RFID tag to view and purchase their gallery of photos. 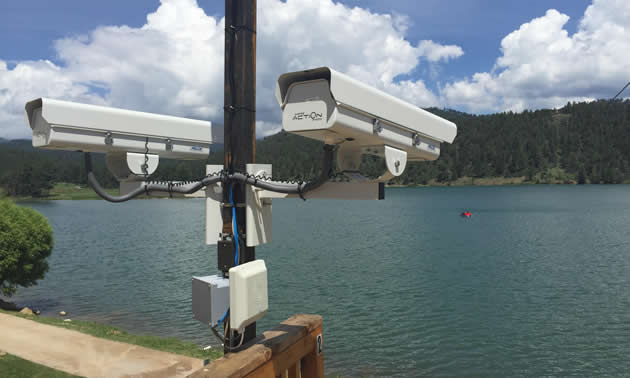 “We can fully automate the whole photography process for the companies that contract us,” said Grimsdell. “They then don’t need to hire a photographer, and they always get great images that an on-the-ground photographer couldn’t get anyway. The photos make their customers very happy, and generate revenue for the company.

“There are hundreds of adventure parks around,” Grimsdell added. “We’re just scratching the surface.”

Revelstoke based startup to bring RFID technology to 360 degree cameras

We can provide custom services for a wide range of events. If you have an idea we can turn it into reality.

Heineken House at Ultra Music Festival: RFID enabled photo system that automatically sent guests a custom DJ poster featuring their chosen DJ name and photos of them at the show.

Photographers scan campers RFID bracelets or enter bracelet numbers manually. When the tablet is in range of Wi-Fi photos will automatically upload. Photos can be sent to both local self-serve photo kiosks and online to PhotoDeck or SmugMug.

Parents and campers receive an email alerting them when a new photo is available. The email contains a link to the campers online photo gallery. Photos may be also be viewed online by entering a bracelet number into the search window.

Photography staff receive a daily report of how many photos were taken of each camper and a list of campers that did not have any photos taken.

The simple setup includes a green cloth background, two lights and our Roving System. Photos are processed on a local server and sent to our photo kiosks for viewing and purchase. The Sniper Action Photo Green Screen System is profitable, inexpensive and guests love it!

Sniper Action Photo proprietary Roving Photographer System uses a rugged tablet with an RFID reader paired with a DSLR Camera. The system is light-weight, inexpensive and mobile. The tablet runs The Sniper Roving App that processes photos and uploads them to the guest’s gallery with the touch of a button.

Our roving system is ideal for any situation where a photographer is the best choice for image capture. The Sniper Action Photo Roving System is simple to use and fully compatible with our automated system.

RFID is an option that seamlessly matches guests to the correct photo and allows guests to instantly access their gallery of photos.

Our automated system can be used with or without RFID depending on user volume and location requirements.

Sniper Action Photo can supply a wide variety of RFID tags from bracelets to rugged plastic helmet tags. Our proprietary RFID software can match multiple tags to multiple photos making it the most versatile RFID technology in the industry.

We know how to make RFID work.

Sniper Action Photo Touch Screen Kiosks are the best in the industry. Simple to use with a powerful backend that generates sales reports, manages photos and allows a wide range of custom options.

Kiosks can be configured to offer guests any combination of emailed photo, print or USB.

Orders are controlled by a simple application that runs on each cashier computer. The application allows the cashier to release orders when paid, resend previous orders and modify email addresses.

The kiosks generate sales reports that can be emailed at any interval required from daily to monthly.

We pride ourselves on being able to offer a variety of photo capture and sales systems to meet the specific needs of each partner location. We are currently the only company offering a complete system with automatic and manual triggering options, radio frequency identification (RFID) matching, integrated flash systems, touch screen point of sales kiosks and full web sales integration.

In particular our system has a number of attributes that no other automated photography provider can offer: